From object to partner: learning to work with the community 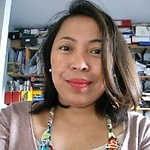 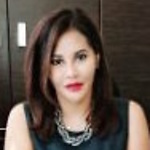 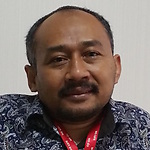 Learn about how a paper and pulp company in Indonesia has worked to improve its relationships with communities through ongoing dialogue.

Asia Pulp and Paper (APP), founded in 1972, is one of the world’s largest paper product companies. But by 2012, says Aida Greenbury, Managing Director and Chief of Sustainability, “We saw that business as usual could not continue.”

As a company dependent on trees for making paper products, its business model clearly relies on the continuing availability of forests. But for years APP faced allegations of forest clearing and had major customers drop it as a supplier.

So in 2013, Greenbury says, the company made a big commitment to a turnaround.

“In our supply chain, back in 2012 and 2013, even a certain level until now – although the number has dropped drastically – we saw that forest encroachment was still happening. Poverty was an issue. Forest fires were occurring. And why do these things happen? They happen because something is not right. And the lesson for us as a company is that we need to change the way we do business. We have to try to come up with a new business model that works well with the community,” Greenbury says.

As Greenbury explains, “In the past – and you could probably see a lot of similar things still happening in many companies in Indonesia and also globally – the community has been treated as an object,” And this type of relationship, she explains, was often the root cause for conflict with communities near APP’s operations and suppliers’ operations.

According to Dini Widiastuti, Economic Justice Programme Director for Oxfam in Indonesia, “Land use-related conflict is one of the biggest contributors of social conflict between companies and the communities around companies’ locations. And if conflict does build it will typically disrupt the operations of the company.” | Learn more about the costs of corporate-community conflict [link]

“Through its policies, in particular its commitment to implement free, prior and informed consent (FPIC) in its own operations and those of its suppliers, APP has set an important benchmark against which it can be held to account by itself and its stakeholders.”

To avoid the risk of conflict in the long term, APP integrated community relations and community consent for its land use into its broader forest conservation policy. Specifically, APP included in that policy a commitment to obtain free, prior and informed consent (FPIC) from communities in and around its areas of operations. | Learn more about how companies should engage with stakeholders as part of respecting human rights [link] | Learn more about FPIC [link] | Learn more about how companies make the commitment to respect human rights [link]

For APP, there is an obvious link between combating deforestation and having good relations with communities.

APP then tries to organise existing and potential conflicts by their root causes, which helps them identify the best way to address and avoid these risks from becoming reality. | Learn more about the value of participatory mapping with affected people [link]

From object to partner

“Once we knew what the community actually needed, we tried to come up with a new model, where we saw the community’s role not as an object, but as a partner,” Greenbury explains.

“As a partner, the community can grow with us. And if they grow with us, we can improve their welfare and their income. This will help us end deforestation, end encroachment, end forest fires, end degradation of the land – all of which is in turn in good for our business,” Greenbury says.

Consent: one milestone in a longer process

Like many companies, APP chose to build its experience implementing FPIC by piloting its approach at a specific site: the OKI mill in South Sumatra.

The OKI mill, located over two hours from the capital of South Sumatra. The area was connected to the electrical grid just two years ago and few roads connect villagers, who mostly use boats, motorcycles or walking to travel. In order to conduct the consultation with the seven affected villages near the mill, APP went from village to village and worked with a network of local elders and leaders of community and religious groups.

In June 2014, APP reached what it calls a milestone in the FPIC process: it received the consent of the community for its mill operations.

But the company realizes its engagement with community members is not done.

APP says it is keen to learn from its experiences at the OKI mill to help develop its broader strategic approach on community engagement and FPIC.

“We are continuously sharing learning across the region where our business is operating. From one day to another, we learn from each other what have been key success factors and what are the requirements for effective implementation,” Wiyono says.

APP developed and continues to update its standard operating procedure (SOP) for engagement with communities. The SOP – which was developing with the participation of potentially affected people – helps APP implement its policies and is an awareness raising and monitoring tool with staff who need to implement the SOP. To ensure that updates to the SOP are meaningful, APP consults with communities about the SOP’s effectiveness and areas for improvement prior to making updates.

Dini Widiastuti at Oxfam also wants to see APP learn from its experiences and make improvements as it continues rolling out its FPIC approach to other regions.

Widiastuti says she has made some recommendations to APP for improvements to its FPIC process, specifically that the company should do better at communicating with a more diverse set of community members, beyond community elites. “This will help people be more confident about what APP is doing, and reassure them that the company has heard the community’s concerns. Otherwise there could be misunderstandings within the village between the elites and other residents,” Widiastuti says.

Widiastuti has also advised APP to consider how it engages with local and national government officials in Indonesia. | Learn more about how companies can engage with governments as part of respecting human rights [link]

“In this process I feel the government could have been more involved.  In terms of the development of this isolated area, the government needs to provide the leadership in supporting and providing basic services for communities and not just relying on private sector. There’s a limit to what APP can offer the community as part of their corporate responsibility. What do people need for development of their communities? We need to ask ourselves what is the government’s role, the company’s role and the community’s own role in that development.”

For Greenbury and her team, learning from and improvement their consultation process with communities is an everyday process where they are continually trying to improve. “All of this work is about investing sustainably in the landscape we are operating in,” Greenbury says.